People often think that if you can write you can edit – and vice versa. But writing and editing are very different skills, and competency in one doesn’t guarantee ability in the other. The creative impulse that often drives the author should be largely absent in the copyeditor, who is tasked with problem-solving and who essentially approaches the text as a puzzle. Happily, the editor’s eye for detail complements the author’s creativity, and when they are combined successfully you end up with something great. 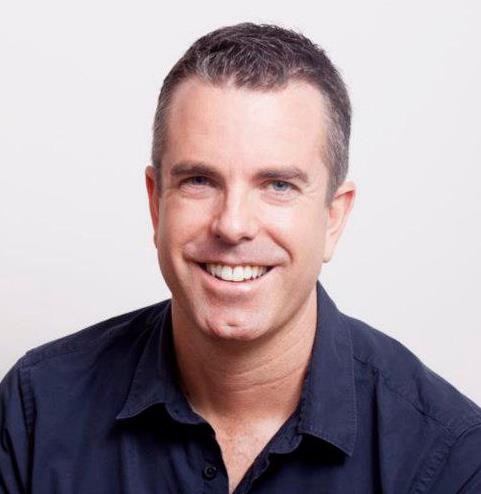 Clinton Power
Founder, Australia Counselling: Directory for Counsellors, Psychotherapists and Psychologists
Jeni is an outstanding editor who has a keen eye for catching small, but important edits to help your writing stand out. I was impressed by the level of research that Jeni did, even catching important edits after my copy had been edited by another editor. She also offered me helpful suggestions on the prose and grammar of my writing in order to improve it. She is the consummate professional with outstanding attention to detail. I wouldn’t hesitate in recommending Jeni to anyone who is looking for a high-quality editor for their writing or book.

Many self-publishers decide not to hire a copyeditor because of the cost involved and because they don’t fully understand what a copyedit can do for their work. The thinking generally goes, I’m not paying someone to correct a few typos and to get rid of the passive voice. The truth is that you’re paying for a great deal more than that, and we’ll examine the specifics of where your money goes in a moment. First and foremost, what you get out of a copyedit is a degree of confidence that your written material is technically sound, that it does what you intended it to do, and that it comes up to the basic standards expected of published work.

In broad terms, the copyeditor must ensure that the author’s words are true to the intended message. One of the reasons it is so difficult to copyedit your own work is that the message is already clear in your head. You know your intention before you review what you’ve written, and that makes it easy to make assumptions and difficult to affect the detachment necessary to edit. The reader, on the other hand, relies solely on your words, so they need to be the right words, organised in the correct manner, if you are to communicate your message effectively. Enter the copyeditor!

A copyeditor brings a fresh perspective to your work. They will see the words, the sentences and the paragraphs for what they are and will tally them with what you want them to mean. Of course they will correct typos and remove the passive voice in places. But they also understand that the passive voice isn’t always bad, that split infinitives are usually fine and that the odd cliché never hurt anyone. The intention is never to make your writing generic but to allow it to shine by selectively applying rules and consistently applying style.

So, let’s look in more detail at what your friendly copyeditor can do for you.

This is the Holy Grail for copyeditors, and rightly so. In English you are often presented with two or more correct options, and you must choose one and stick to it religiously. For example, if you use ‘okay’ in Chapter 1, you shouldn’t use ‘OK’ in Chapter 6; ‘seventies’ shouldn’t suddenly become ‘70s’, and you can’t jump back and forth between ‘dramatise’ and ‘dramatize’. Copyeditors create a style sheet (similar to the following example: WILPF Style sheet) specific to your written material, detailing the decisions that they make on spelling, punctuation, capitalisation, presentation of dates and numbers, etc. That style sheet can then be passed on to the typesetter and proofreader to ensure consistency and make everyone’s life easier. Yay!

Repetition comes in many different forms. Sometimes an author will deliberately repeat something to emphasise a point, not realising that most often the effect is to undermine rather than to underline. Most repetition, however, is unintentional. It can occur pages or chapters apart or it can even be contained within the same phrase (‘each individual person’, ‘various different’). If you use ‘wonderful’ five times in five paragraphs it sounds lazy and unprofessional; if you use the same words to describe a room twice in two chapters it sounds lazy and patronising. A copyeditor should also pick up on hidden repetition, such as explaining the content of dialogue when the message is already clearly conveyed in your characters’ words.

We all have words and phrases that we fall back on and use too frequently. Chief offenders are the meaningless little tags we add to sentences without even thinking, e.g., ‘basically’, ‘to be honest’, ‘let me begin by saying’, ‘at this point in time’. Buzzwords and jargon are also often overused. The effect can be to smother the meaning of your message and to leave your reader wondering if you know what point you’re trying to make.

There’s no short cut to good grammar: you just have to learn it, remember it and then apply it to your writing. But not always! There is an element of judgement involved here. Making a valiant stand against misguided prescriptivism, Winston Churchill (apparently) said, ‘This is the sort of arrant pedantry up with which I shall not put!’ And he was right: sometimes your message is best served by a bent or broken rule. But be careful! You have to know the rules before you can break them with any confidence, and a copyeditor will be sensitive to just how far you should push it.

Obviously your copyeditor will look for typos, but a good copyeditor will also be on the lookout for homophones (words that are pronounced the same but spelled differently) with the intent to seek and destroy. For example, ‘complement’ and ‘compliment’; ‘there’, ‘their’ and ‘they’re’; ‘principal’ and ‘principle’; and ‘bare’ and ‘bear’ are all embarrassingly easy to overlook. They will also make sure that foreign words are italicised and accented correctly and that hyphenation is correct and consistent.

Apart from the never-ending comma debate, you would think that most punctuation is fairly straightforward. But time and time again it turns up as a huge issue, especially when it comes to dialogue. It’s not OK to get it wrong, even if you get it wrong consistently. Copyeditors know these rules inside out. They also know that you shouldn’t use more than a single exclamation mark at a time and that even one should be used sparingly. F. Scott Fitzgerald said they are the equivalent of laughing at your own joke, and I tend to agree. If you’re in the habit of pairing exclamation marks with question marks you will be politely but firmly told to quit.

Copyeditors are not researchers, but they will check dates, names, places, periods and the like so that fact and fiction tally. They will point out that your Victorian heroine couldn’t have taken antibiotics and that your hero was not in Zimbabwe in 1978 because the country was called Rhodesia at the time. If the Edwardian house your character lives in was built 200 years ago, it cannot in fact be an Edwardian house.

Most copyeditors have a basic understanding of defamation law. They can’t guarantee that you won’t be sued, but they will flag anything that should be run past a lawyer. This is important not only for non-fiction authors, but also for writers of fiction, who often mention real people and events as well. If any of your characters are identifiable as real people, you need to be sure you’re not saying anything that will result in a costly court appearance.

Your copyeditor will rephrase ungrammatical or awkward sentences as a matter of course, but you will have to discuss with them exactly how much beyond this you want them to intervene. Some authors want minimal intervention so that their style is preserved, whereas others are happy to have a copyeditor make changes when it adds to the clarity, flow or readability of the text. The level of editing is always up to you as the author, but it’s worth remembering that Word’s Track Changes function allows you to reject a change with a single click, so an editor’s input is never anything more than a suggestion.

Copyediting is much more than correcting typos, and it’s also more than the sum of what I have detailed above. It will leave your prose clearer, more engaging and more readable, and to my mind it isn’t optional for any published work.

Thank you very much to fellow editing colleague Robert Doran for permission to include this slightly edited version of his blog post, titled Copy-editors: What They Really Do,

To discuss how I can assist you with your written material Contact me TODAY!